The following information is a small portion of information that has flowed in since my interview with Dr. Simon Atkins on the Cosmic Awakening Show (embedded below). I have included recent emails from Simon and some information from Lance White in an effort to share a bit of updated news on the “Wave X”, our sun’s binary brown dwarf, CERN and the subsequent effect these have on the economy and psyche of humanity.

Here is the first of two emails I received from Simon:

Question: This is Christopher from the Shattering the Matrix site.

Having listened to your latest 3 hour radio show, would you mind if I asked you one question?

What bothers me is CERN and the collider and how it could affect the wave and maybe even prevent its effect on our evolution. To me this is a gross violation of free will, for those that know about it and those that do not.

What can we do to make sure this wave happens and does what’s it’s supposed to do?

I would love to publish your reply to this, as this, to me, is of paramount importance………if you allow me to publish it.

Right-o, I found your question, yea!

Permit me to answer it in bullets so that’s easier to read.

The second email is public announcement from Simon’s website Skyaia:

I am “officially” starting a 90-day “Intense Magnetics Alert” time window (through early October).  Magnetics are reaching a critical point on the planet:  they are soaring, and it’s going to go MUCH higher.

This is the window of time that I have said for a number of years now is going to be potentially life-changing for many people on the planet.  And many predictions that I had put on the proverbial charts are coming true, including the initialization of the global market crash.

Do not have fear:  this will only push you further into the negativity.  Be AWARE and really spend more time a) on your health (mental, emotional & spiritual as well as physical) and b) connecting the dots, and using your life experience and intuition to figure-out what is really going on.  I am just one voice.  It’s far better you do NOT use “live” television to gain your ‘points’ of research and occurrences, because it’s all becoming noise, irrelevant lies and inconsequential bits of information that are just guided toward bringing down humanity.

So without any further adieu, I had the privilege to do an interview 6 days ago (on July 2nd, 2015).  It was a radio show in connection with the largest metaphysical / spiritual site in the world, http://www.in5d.com/, and the name of the show is called The Cosmic Awakening Show with Michelle Walling, a very special and spiritually-advanced lady who I have the utmost admiration for in a new friendship.  For those that know me well, the name of this show is perfect for SKYAIA, and the work I do (beside the climate risk / macroeconomic predictions).

Here is the show.

In 6 days, it has reached beyond 16,000 hits, and it’s climbing at over 100 hits every 30 mins.  It could be going viral soon.  This is a gigantic privilege, because I am glad that more of humanity is waking-up.  We are literally on the cusp!

IF this interview vibrates “Truth” in your book, then I thank you for posting this on Facebook and Twitter and sending it out to your groups.  This is an opportunity to help many people know more.

I talk about so many topics on the interview.  I say everything with a positive intention.  Kindly keep your mind open, plan ahead, and double-check everything.  This next 90-day window is going to be a whirlwind in so many ways, but take a breath, and know, in the calm of your heart, you CAN do it.

Blessings from me to you,

PS  I will have even more details on the predictions on the Phoenix Rising Radio / Truth Frequency Show tomorrow evening (Thursday, July 9th, 2015 @ 10 pmEastern Time).  Here is the link to their webpage:http://truthfrequencyradio.com/schedule/

The frequency shifts are so prominent that there is a plethora of information springing up on the internet. I have included just a few of these for you to check out for yourself:

http://www.human-resonance.org/ – Shows more evidence of the Edgar Cayce prediction of a binary star turned red dwarf that will affect the frequency of Earth, as well as knowledge of magnetics in ancient times.

http://sitsshow.blogspot.com/2015/01/all-life-is-connected-via-emf.html Talks about how the earth and sun are connected electromagnetically

http://sitsshow.blogspot.com/2015/04/entrainment-communication-information.htmlDiscusses the Universal process of evolution

http://sitsshow.blogspot.com/2015/05/the-energetic-evolution-of-solar-system.html -Includes a paper on the Geophysics of Planetary Evolution

http://in5d.com/intergalactic-waves-of-energy-predicted-1953/ Reviews predictions about incoming galactic waves at this time

http://in5d.com/cosmic-radiation-and-light-changes-dna/ One of many articles on In5d about how magnetic solar energy is affecting our DNA

This information is being put out there for you to study for yourself and to use your owndiscernment. This is not the time for spiritual laziness. A three hour radio show may seem like a lot of time for you to spend, and there may not be a lot of time on a day for reading several articles, however this is the time we have been waiting for and it is happening NOW. Preparation would include getting lots of rest and centering and grounding, as described in this article summary:

We are experiencing life in a free will Universe that is created with negative and positive polarity. For every nasty thing that is occurring on the planet, a positive outcome is being created against it. The worse it gets with the domination and control system, the closer it is to the great fall of our old reality.

This energetic shift seems to have dragged on, however things have been ramped up to lightning speed lately. When the big “wave X’ will come is unknown but it is evident that is coming soon, as it has been forecasted for late September. Keep in mind that it could happen at anytime as we see an increase in evidence around the world. It is happening as we speak with the economy. Here is an update from my friend Lance White:

“The major media is a SPINNING LIE MACHINE. The truth about the stock exchange, TODAY, Wednesday, experiencing a “technical glitch” and halting trading is BULL-fill in-the-blank-ONEY. You want the truth? “You can’t handle the truth!” (Yes you can…)

Greece was a domino. Perhaps not THE domino, but yet another one to topple the interconnected, entangled field that everything resides in. Hence, when banks closed in Greece, and the real people who made the money, trusted in the Mafia-run banks, tried to get it, they were unable. That is going to happen, sooner or later, to ALL banksaround the world. It’s on their planning tables.

Additionally, the theft brokers at one of the major institutions is saying “we can’t make any money now, so we’re implementing NEGATIVE INTEREST. This means you GIVE them your money, which you worked for, and they hold it for you – and charge you interest for all that trouble of taking your life savings. What a racket!

Back to the US stock market, a system of A.I. theft: The market halted, due to people WAKING UP and real-EYES-ing that the whole system is literally a House of Cards. It’s a huge gaming table, a la Las Vegas, for the super uber wealthy, and their bosses and peers. They’re all in it at the top, which is now topsy turvy, and the people are going to discover that paper money is WORTHLESS.

My father said this in 1957: “The Bilderbergs own the world, and paper money is worthless”. So, what happens when the consensus reality starts to crumble? The stock market crashes, and A.I., which is way beyond what we’re told it is, runs the entire system here. People will TRY to sell their paper stock, and when the computer reaches a set point, as in a 500 point drop, it HALTS TRADING. DUH Double DUH.

You’ve heard of the Pyramids, right? Ever heard of a Pyramid Scheme? The entire Wall Street Corporate ILLusion, colluding with all the governments and petty leaders of the world, vain peacocks flaunting their imaginary power, along with the military, vast wealth of RELIGIONS, all hooked together: Captain Sandy HOOK!

The world is a massive, global Pyramid Scheme, designed to break the backs of the real workers, even those at the top of the imaginary “game”, and steal everything they have. Look at all the laws being passed in a flurry, to confiscate your land, houses, cars, food, water, air… and your CHILDREN! Did I leave anything out? Oh yes, they’re taking our sanity, peace of mind, happiness and joy… but we are fighting back by laughing in the face of all this baloney, having fun, loving ourselves and our friends and families, and going out into nature – to have a PICNIC of celebration!”

In closing, here is yet another email with a great quote from Simon:

I have a great mantra:

“I am seated into my Heart Chakra, one with the earth and the cosmos.  I am everflowing, ever graceful, and unmoved by any negativity.  I treat all with respect, kindness and empathy, and I serve my Self as a part of humanity, growing in the abundance field in the beauty of all sentient beings, now and forever more.”

Sending you a big hug!
Simon

We will continue to keep you updated at In5D.com and HowToExitTheMatrix.com on the latest proof that a shift in consciousness is resulting from solar and cosmic energy bathing the planet at this time.

Michelle Walling is a Certified Holistic Life Coach, webmaster, writer, and and Radio Host on In5d radio’s The Cosmic Awakening Show. As a truth seeker, she is committed to share her experiences with the world. Michelle has joined forces with Gregg Prescott as an admin for the In5d Facebook page, as an assistant for In5d Events, and as a contributing author for In5D.All of Michelle Walling’s articles and radio appearances can be found on her database CosmicStarseeds.com. Holistic Counseling sessions can be booked through her website MichelleWalling.com. The truth about the holographic nature of the matrix and how we are going to dissolve it can be explored on her website Howtoexitthematrix.com. Michelle’s personal Facebook page can be found here. 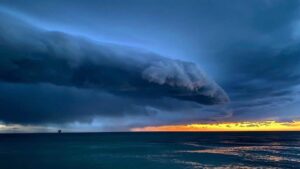 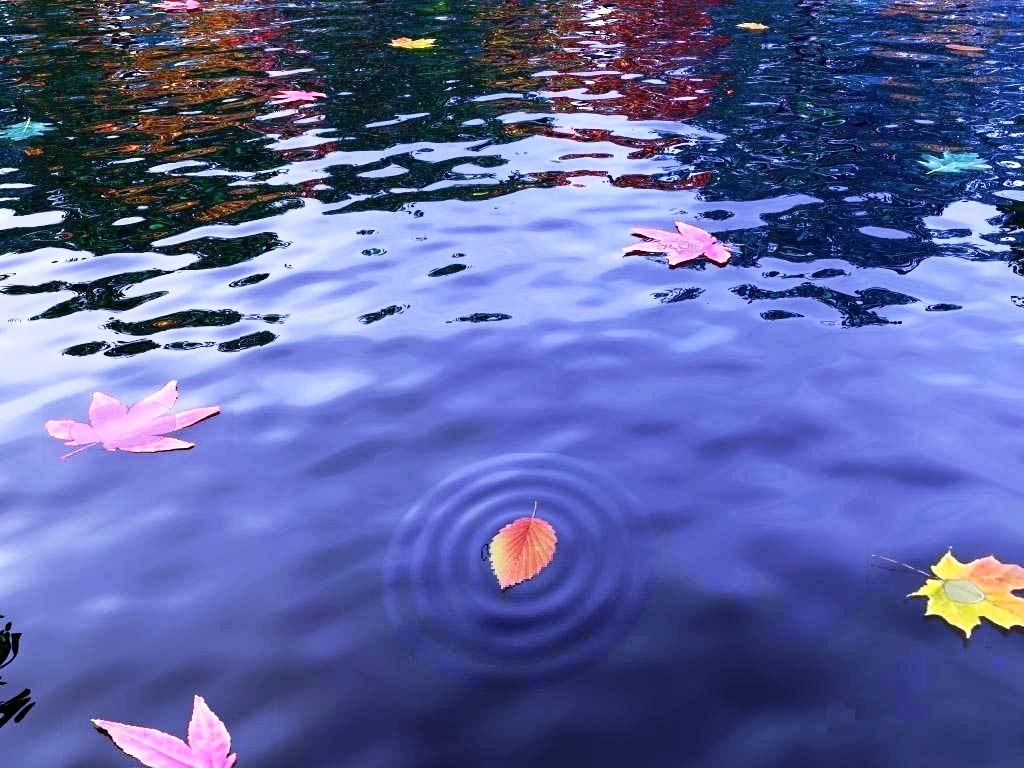 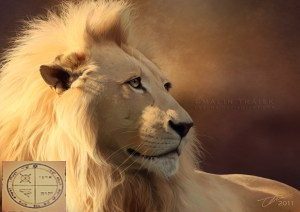